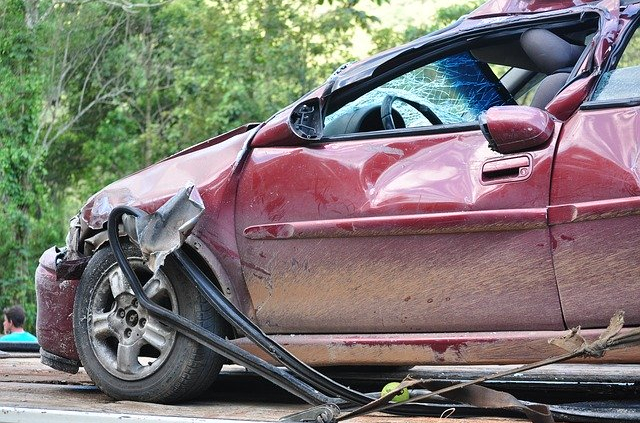 If you were recently involved in a motor-vehicle collision, your financial security may very well be in jeopardy. In addition to dealing with mounting medical bills and the cost of reasonably necessary replacement services, you may be facing weeks—or even months—of missed wages.

Thankfully, car accident victims are generally entitled to seek compensation for the damages they incur at the hands of others. In order to recover a payout, though, you’ll have to put together a strong claim that includes sufficient evidence of both liability and damages.

Naturally, the most valuable evidence will depend on the circumstances surrounding the wreck. Chances are, however, that it will likely include some combination of the following:

Responding officers will draft an official report detailing their impressions of the scene. If they suspect the other motorist was drunk, drowsy, or distracted, for example, they will note as much in the document. While this does not constitute irrefutable evidence of fault, it could contribute to the strength of your claim.

Statements from passengers who were involved, motorists who were passing, and pedestrians who were in the vicinity at the time of the wreck can shed some light on what happened. If you were unable to obtain their contact information at the scene, your legal team may be able to get it from the responding officers.

According to sevafirm.com, footage from surveillance cameras in the area or dash cams on the surrounding vehicles could prove invaluable when it comes to determining fault. It’s important to request such footage as soon as possible, however, because the owners are under no obligation to retain it indefinitely.

In that same vein, accident reconstruction experts may be able to determine what happened by evaluating images of the wreckage. If you photographed the scene before leaving, give the images to your legal team, who will pass them on to their experts.

Police most likely conducted chemical tests at the scene or shortly thereafter. If impairment contributed to the wreck, the results of these toxicology reports should help you prove liability.

If turns out drunk or drugged driving was to blame, you may be entitled to a punitive award in addition to the standard compensatory damages. In New York, personal injury claimants may seek punitive damages if the defendant’s conduct constituted wanton recklessness.

Even after gathering considerable evidence of liability, your claim is only half complete. In order to recover a payout, you’ll also have to prove that you incurred actual damages as a result of the accident. You may be able to do so using medical records, diagnostic images, and hospital bills.

To further bolster your case, save all relevant receipts and invoices for injury-related expenses like replacement services, property repairs, and home and vehicle modifications. You should also start a personal injury journal in which you track your recovery. These entries will help prove non-monetary losses like pain and suffering.

If you were seriously hurt in a motor-vehicle collision through no fault of your own, contact PascaleLaw. Our law firm has earned a 10.0 rating from Avvo and an AV-Preeminent rating from Martindale-Hubbell. Call 516-280-4716 or fill out our Contact Form to schedule a free consultation with a car accident lawyer in Long Island.

Want to join the discussion?
Feel free to contribute!

WE WILL FIGHT FOR YOUR RIGHTS

Receive the attention that your case deserves, getting in touch with us is easy and we can walk you through your case evaluation.

Located in  New York, the Pascale law firm, represents clients throughout New York, including, but not limited to the cities of New York, Mineola, Garden City, Lloyd Harbor, Oyster Bay, Seaford, and in the counties of Suffolk, Nassau and Queens.

The information you obtain at this site is not, nor is it intended to be, legal advice. You should consult an attorney for advice regarding your individual situation. We invite you to contact us and welcome your calls, letters and electronic mail. Contacting us does not create an attorney-client relationship. Please do not send any confidential information to us until such time as an attorney-client relationship has been established.

Important Elements to Prove in a Brain Injury Claim

Who Might Be Liable for a Bus Accident?
Scroll to top

Please review our policies click "learn more" to review them!
COVID19 Update - We are open for business working remotely for all your legal needs

We may request cookies to be set on your device. We use cookies to let us know when you visit our websites, how you interact with us, to enrich your user experience, and to customize your relationship with our website.

Click on the different category headings to find out more. You can also change some of your preferences. Note that blocking some types of cookies may impact your experience on our websites and the services we are able to offer.

These cookies are strictly necessary to provide you with services available through our website and to use some of its features.

Because these cookies are strictly necessary to deliver the website, you cannot refuse them without impacting how our site functions. You can block or delete them by changing your browser settings and force blocking all cookies on this website.

These cookies collect information that is used either in aggregate form to help us understand how our website is being used or how effective our marketing campaigns are, or to help us customize our website and application for you in order to enhance your experience.

If you do not want that we track your visist to our site you can disable tracking in your browser here:

We also use different external services like Google Webfonts, Google Maps and external Video providers. Since these providers may collect personal data like your IP address we allow you to block them here. Please be aware that this might heavily reduce the functionality and appearance of our site. Changes will take effect once you reload the page.

Our site is equipped with screen reader technology, and the ability to respond to any device the site is displayed on. Included with that is alternate tags and descriptions for images for those that may have a disability and cannot view the images content.